As I pointed out as recently as, well, last week, the Fantasy Gods can be cruel and arbitrary. For example, someone–oh, let’s just pick a name at random, say…ME–can have a perfectly good season going, marvel at the fact that his team has not only won four straight games, but has looked good doing it and then–BAM!–before he’s even taken his coat off at the weekend football gathering, he’s lost his starting QB for the season. Yeah, I’m sure Green Bay fans are broken up about the whole thing, but F**K THEM, I lost Aaron Rodgers!

But enough about me. Let’s talk about other things that are making me miserable..

AWARDS FROM THE COMMISH

FANTASY OWNER OF THE WEEK: T.J.

Yes, the yin-and-yang with T.J. continues. This week, his lineup, highlighted by the likes of Leonard Fortnette, Mark Ingram and Antonio Brown, ran roughshod over Jack, who would have won most of the other games this week. Once again, this lineup looks legit and T.J. is starting to put some distance between himself and the rest of the division. Am I saying this just to jinx T.J, as frequently happens after I give him any sort of praise? Well, normally, yes, but I’m not exactly in a mood to mess with the Fantasy Gods right now.

KICK IN THE NUTS AWARD: Jack

It was revealed this week that the formerly anonymous Twitter handle @forargument was actually the work of Jane Skinner Goodell, a former Fox News anchor and current wife of NFL Commissioner, Roger Goodell. @forargument was generally used to defend Goodell in the areas of player relations, owner relations, public relations, personal hygiene, sexual deviance and rampant drug use (I may have made up a few of those…or did I?) Anyway, the master plan fell apart the second someone looked at the Twitter handle and said, “They’re defending Goodell? That’s gotta be his wife.”

HORSESHOE UP ASS AWARD: Me

Yes, for all of my griping about the Fantasy Gods, they did reward me with victory this week, despite my lineup having more zeroes than my bank account (not really a high bar there.) Stoner, who was also 4-1 going into this game, somehow managed to score fewer points than I did. I’d ask for a Congressional investigation into this, but I’m pretty certain that even if they turned up something, they wouldn’t act on it. To my team, I say: Now that Aaron Rodgers is dead (for all intents and purposes), Melvin Gordon and Larry Fitzgerald are my favorites. I want the rest of you to think about that and try a little harder next week. (READER ALERT: I was going to put in a joke about my father saying the same thing to me and my brothers when I was young, but he caught wind of it and reminded me that I’ll be home in a month for Thanksgiving. So you will not see any reference to my father saying something similar to me and my brothers when we were young. None whatsoever. Thank you for listening. [Bows. Backs out of room.])

QUOTE OF THE WEEK: Nate Burleson

The CBS analyst said this about Chiefs’ rookie RB Kareem Hunt: “He’s the carpet that brings the room together.” Okay, it’s actually the RUG that holds the room together, but you gotta love an analyst that’s willing to use a Big Lebowski reference. Why did someone ever think that Monday Night Football needed Dennis Miller in the booth? Look at these guys go!

ASSCLOWN OF THE WEEK: Al Michaels

Some of us would be willing to note that Michaels has been an assclown (and other epithets I can think of) for his entire adult life. This week, though, he introduced the viewing audience to that side of him. As women all over the country filled Facebook and Twitter newsfeeds with the words “Me, too”, signifying that they, too, had dealt with sexual harassment, the NBC play-by-play guy thought it an opportune time to issue this gem:

“Let’s face it, the Giants are coming off of a worse week than Harvey Weinstein.”

Later, when it had probably been pointed out to him that he had screwed up (because if he could figure that out on his own, he wouldn’t have said it in the first place), Michaels added: “I was a little flip about somebody obviously very much in the news all over the country. It was not meant in that manner. So, my apologies, and we’ll just leave it at that.”

Yeah, when you’ve made a completely tone deaf joke about a subject that damn near every woman in the world has dealt with and doesn’t find remotely funny, the situation certainly calls for something that borders on a non-apology. What’s worse, I’ve been watching Michaels for most of my life and I know this: he’s not funny off-the-cuff. He worked on that line in advance and then got miffed when it blew up in his face and he was forced to (sort of) issue an apology for it. Thankfully, nobody other than Harvey Weinstein ever sexually harassed a woman and we haven’t done something as silly as elevating a guy who bragged about sexually harassing women to the Presidency.

(Sets notebooks aside, slides chair back, drops forehead directly on to desk.)

And finally, in honor of Jon Stewart (we still need you, brother) I give you…

YOUR MOMENT OF ZEN: As The Zeke Turns

After several weeks of discussing the anthem “controversy” (not that it’s over, but I’m done with it) it was almost a relief to get back talking about NFL Commissioner Roger Goodell and what a boob he is. This week, his ongoing attempt to suspend Dallas RB Ezekiel Elliott (which is becoming positively Elmer Fudd-ian) twisted and twisted again. First, a federal appeals court lifted Elliott’s temporary restraining order against the NFL, meaning he would have to serve his six game suspension. This didn’t have an immediate impact, as the Cowboys were on bye this week and Elliott was wandering the countryside, beating up random women and children (or so the NFL claims.) Elliott’s attorneys then appealed to the U.S. District Court in New York for a review of the case. Judge Paul Crotty issued a second temporary restraining order, putting Elliott BACK on the field because…I swear I’m not making this up…Judge Katherine Polk Failla, who would normally rule on the case, is on vacation. Crotty could have ruled on it himself, but essentially said, “Hey, I’m just a temp.” Failla will be back by October 30, unless she blows all her money on that booze cruise and her parents won’t send her any cash, in which case, who the hell knows when she’ll be back.

Here’s what I find fun about this whole thing: 1. You ever watched a little kid try to escape his or her (but usually his) parents, either to avoid punishment or going home from Grandma’s or something? You know the kid doesn’t have the physical ability to avoid his parents forever and he’s almost-certainly going to be caught and probably make whatever punishment/meltdown he’s got in store that much worse. But you can’t help being fascinated by the kid’s flight and wonder, “How long can he keep this up?” That’s pretty much the situation here. Elliott and his legal team can continue to drag these proceedings out and to frustrate the NFL at every turn, but there’s only way this ends: with Ezekiel Elliott serving a six game suspension. 2. The entity that’s most vigorously defending Elliott, the National Football League Players Association, is the one who put him in this mess in the first place.

See, the union is certainly correct in calling the NFL’s disciplinary process unfair, arbitrary and poorly thought out…and it’s exactly what the NFLPA signed off on when it agreed to the current collective bargaining agreement six years ago. In the end, a judge will tell Ezekiel Elliott, his attorneys and the NFLPA some variation of: “Hey, I don’t care if players are required to drop their pants, turn around three times and wave their hands in the air while giving us a big ol’ ‘Howdy Doody’, if it’s in the CBA, you agreed to it and there’s nothing I can do to change it.” I think, deep down, Elliott and his legal team know this and the strategy is to drag out the proceedings until either the Cowboys’ season is over or any hope of making the playoffs has been lost. In other words, minimize the damage.

When the Tom Brady case was being similarly dragged through the courts, there were questions about how the disciplinary process might be adjusted in the next CBA. At the time, there was a general agreement among the talking heads that the NFLPA might grouse about it, but certainly wouldn’t impede the next CBA over the issue. The bigger concern would be getting a larger slice of the revenue pie. In other words, the players concerns about a fair disciplinary process could be easily bought off. It might be fair to assume that the Ezekiel Elliot case has changed all of that. The average NFL player’s career is short enough without losing half a season on a whim from Mr. Because I Said So. More revenue doesn’t do any good if you’re not collecting game checks. (And at the rate the NFL is going, we can’t be sure there will BE more revenue around in a few years to split.) Roger Goodell, the captain of this particular Titantic, has found a whole new iceberg to steer his ship toward.

Get a good look at your future, kids… 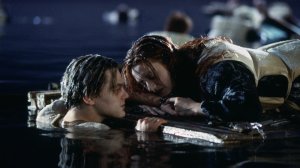 JOE DAVIS is the main character in a series of mystery novels by Randall J. Funk. Mr. Davis and Mr. Funk are delighted by the shocking similarities in their opinions and writing styles.